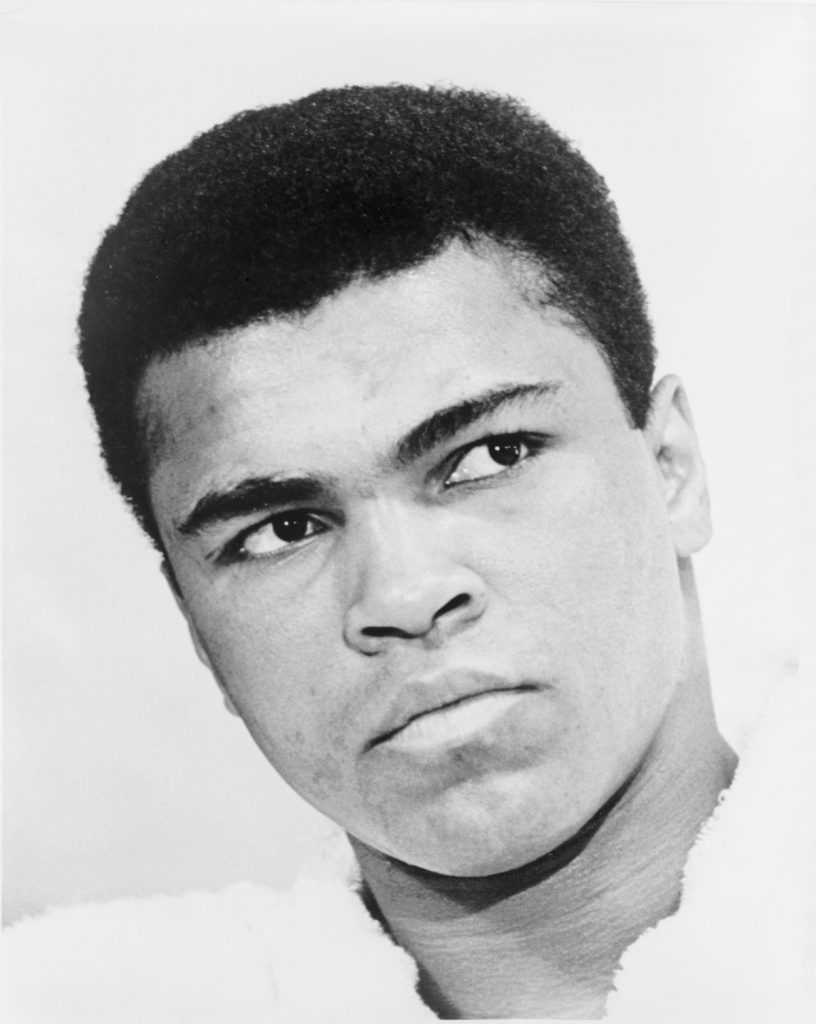 Muhammad Ali (born Cassius Marcellus Clay, Jr.; January 17, 1942) is an American former boxer and three-time World Heavyweight Champion, who is widely considered one of the greatest heavyweight championship boxers of all time. As an amateur, he won a gold medal in the light heavyweight division at the 1960 Summer Olympics in Rome. After turning professional, he went on to become the first boxer to win the lineal heavyweight championship three times.

Originally known as Cassius Clay, Ali changed his name after joining the Nation of Islam in 1964, subsequently converting to Islam in 1975. In 1967, Ali refused to be conscripted into the U.S. military, based on his religious beliefs and opposition to the Vietnam War. He was arrested and found guilty on draft evasion charges, stripped of his boxing title, and his boxing license was suspended. He was not imprisoned, but did not fight again for nearly four years while his appeal worked its way up to the U.S. Supreme Court, where it was successful.

He suffered only five losses (four decisions and one TKO by retirement from the bout) with no draws in his career, while amassing 56 wins (37 knockouts and 19 decisions).Ali was well known for his unorthodox fighting style, which he described as “float like a butterfly, sting like a bee”, and employing techniques such as the rope-a-dope. He was also known for his pre-match hype, where he would “trash talk” opponents on television and in person some time before the match, often with rhymes. These personality quips and idioms, along with an unorthodox fighting technique, made him a cultural icon. In later life, Ali developed Parkinson’s disease.