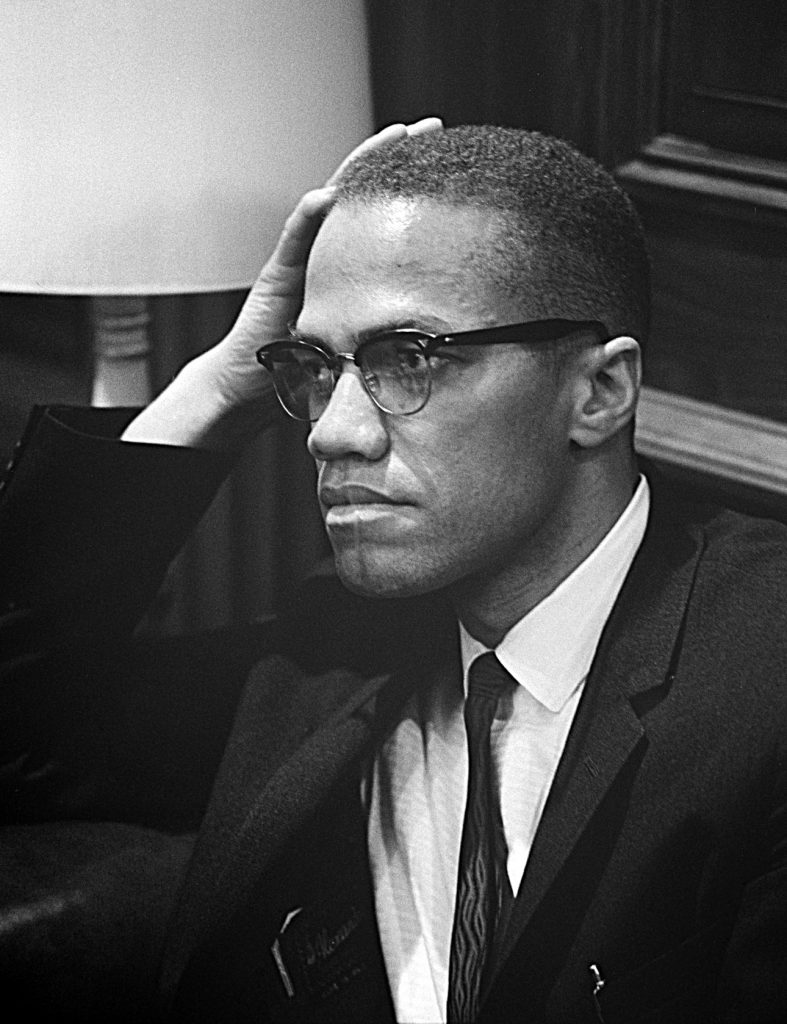 Malcolm X (February 21, 1965), born Malcolm Little and also known as El-Hajj Malik El-Shabazz was an African-American Muslim minister, public speaker, and human rights activist. To his admirers, he was a courageous advocate for the rights of African Americans, a man who indicted white America in the harshest terms for its crimes against black Americans. His detractors accused him of preaching racism, black supremacy, antisemitism, and violence. He has been called one of the greatest and most influential African Americans in history, and in 1998, Time named The Autobiography of Malcolm X one of the ten most influential nonfiction books of the 20th century.

Malcolm X was born in Omaha, Nebraska. After living in a series of foster homes, Malcolm X became involved in a number of criminal activities in Boston and New York City. In 1946, Malcolm X was sentenced to eight to ten years in prison.

The beliefs expressed by Malcolm X changed during his lifetime. As a spokesman for the Nation of Islam, he taught black supremacy and deified the leaders of the organization. He also advocated the separation of black and white Americans, which put him at odds with the civil rights movement, which was working towards integration. After he left the Nation of Islam in 1964, Malcolm X became a Sunni Muslim, made the pilgrimage to Mecca and disavowed racism, while remaining a champion of black self-determination, self defense, and human rights. He expressed a willingness to work with civil rights leaders and described his previous position with the Nation of Islam as that of a “zombie”.