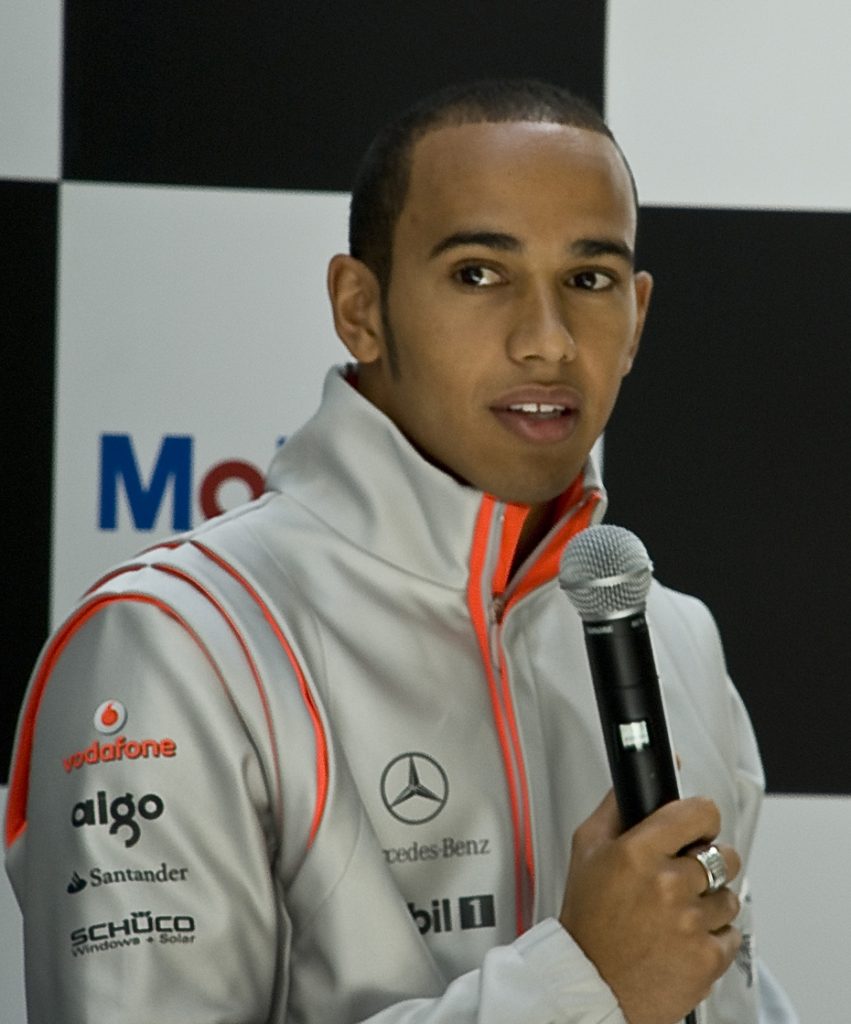 Lewis Carl Davidson Hamilton (born 7 January 1985) is a British Formula One racing driver from England, currently racing for the McLaren team, and was the 2008 Formula One World Champion.

Hamilton was born in Stevenage, Hertfordshire. In December 1995, at the age of ten, he approached McLaren team principal Ron Dennis at the Autosport Awards ceremony and told him, “I want to race for you one day … I want to race for McLaren.” Less than three years later McLaren and Mercedes-Benz signed him to their Young Driver Support Programme. After winning the British Formula Renault, Formula Three Euroseries, and GP2 championships on his way up the racing career ladder, he drove for McLaren in 2007, making his Formula One debut 12 years after his initial encounter with Dennis. Coming from a mixed-race background, with a black father and white mother, Hamilton is often labelled “the first black driver in Formula One”.

In his first season in Formula One, Hamilton set numerous records, while finishing second in the 2007 Formula One Championship, just one point behind Kimi Räikkönen. He won the World Championship the following season, ahead of Felipe Massa by the same margin of a single point. He has stated he wants to stay with the McLaren team for the rest of his F1 career.