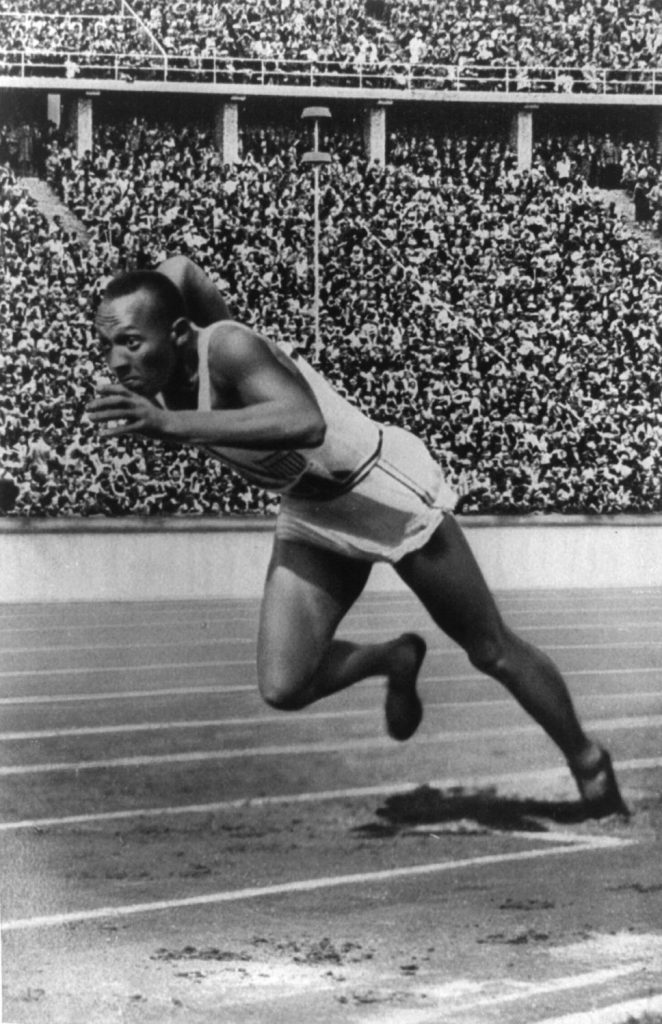 James Cleveland “Jesse” Owens (September 12, 1913 – March 31, 1980) was an American track and field athlete who specialized in the sprints and the long jump. He participated in the 1936 Summer Olympics in Berlin, Germany, where he achieved international fame by winning four gold medals: one each in the 100 meters, the 200 meters, the long jump, and as part of the 4×100 meter relay team. He was the most successful athlete at the 1936 Summer Olympics. He has the Jesse Owens Award accolade named after him in honor of his significant career.

In 1936, Owens arrived in Berlin to compete for the United States in the Summer Olympics. Adolf Hitler was using the games to show the world a resurgent Nazi Germany.[6] He and other government officials had high hopes that German athletes would dominate the games with victories (the German athletes achieved a “top of the table” medal haul). Meanwhile, Nazi propaganda promoted concepts of “Aryan racial superiority” and depicted ethnic Africans as inferior.

Owens surprised many by winning four gold medals: On August 3, 1936 he won the 100m sprint, defeating Ralph Metcalfe; on August 4, the long jump (later crediting friendly and helpful advice from Luz Long, the German competitor he ultimately defeated);[4] on August 5, the 200m sprint; and, after he was added to the 4 x 100 m relay team, he won his fourth on August 9 (a performance not equaled until Carl Lewis won gold medals in the same events at the 1984 Summer Olympics).